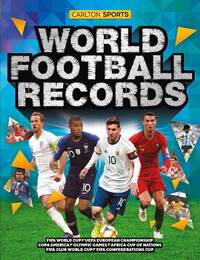 Dedicated football fans can watch literally dozens of live matches from around the world on television every week of the year.Football is the world's most-watched sport and the men's FIFA World Cup is the biggest single-event tournament. The 2018 edition in Russia was shown in 214 countries and, according to FIFA statistics, received more than 7.5 billion engagements across its digital platforms.New features include sections on the 2019 FIFA Women's World Cup France 2019, UEFA Nations League, Africa Cup of Nations 2019 Cameroon and technological advances through the ages.World Football Records is back for its 11th edition with a new design style, still filled with stories, stats and lists, together with superb photographs.